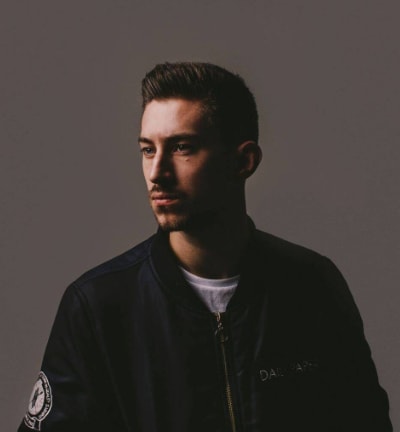 Joe Ford is a man on a mission, ready to shake up the world of D&B and beyond with his own unique brand of bass music destined for dance floors across the globe. Hailing from Harrogate UK, Joe leads a new wave of producers currently taking the scene by storm, setting himself apart with an already outrageously accomplished studio skill set and trademark hi-tech drum & bass sound tinged with rock, funk and everything in between.

With a flurry of activity around early releases on Bad Taste, Med School, a Beatport dubstep chart no.1 with the Mission EP on Caliber Music and huge support on UKF, Joe Ford is one of the most exciting talents currently in electronic music, worldwide. Picked up by Friction and K-Tee, Joe now sits as an exclusive Shogun Audio artist alongside one of the most prestigious rosters in the game.

After his stint as support act for Noisia’s I Am Legion tour, his debut Shogun track 'Stride', from the Way Of The Warrior 2 compilation album, marked his arrival in style. Continuing throughout 2014 with his downright dangerous ‘The Moment’ ft Tasha Baxter b/w the effervescent ‘Neon’ release and a remix for one of the biggest USA EDM’ers in the game, Datsik, he sealed the year with ‘Off Centre’ and knocked us all for six. In fact his rework of ‘Hold It Down’ forced Datsik to exclaim “Joe Ford is the future!” in a recent interview…and who are we to argue.

2015 saw Joe gaining even more notoriety with his very own radio show on the legendary Kiss Fresh / FM whilst releasing his heavily hammered 5-track ‘All Of Us’ EP on Shogun. All of these activites contributing towards an ever-increasing DJ schedule.

Joe Ford steps up agin in early 2016 with a brand new showcase of razor-sharp drum & bass cut firmly for the floor. The ‘Let It Out EP’ marks his return to the fore on the back of an Australian / New Zealand Shogun - 100 DJ tour.

Moving from strength to strength over the past few years Joe is now working towards his first debut album, there’s no doubt Joe's coming to conquer, you’ve been warned.